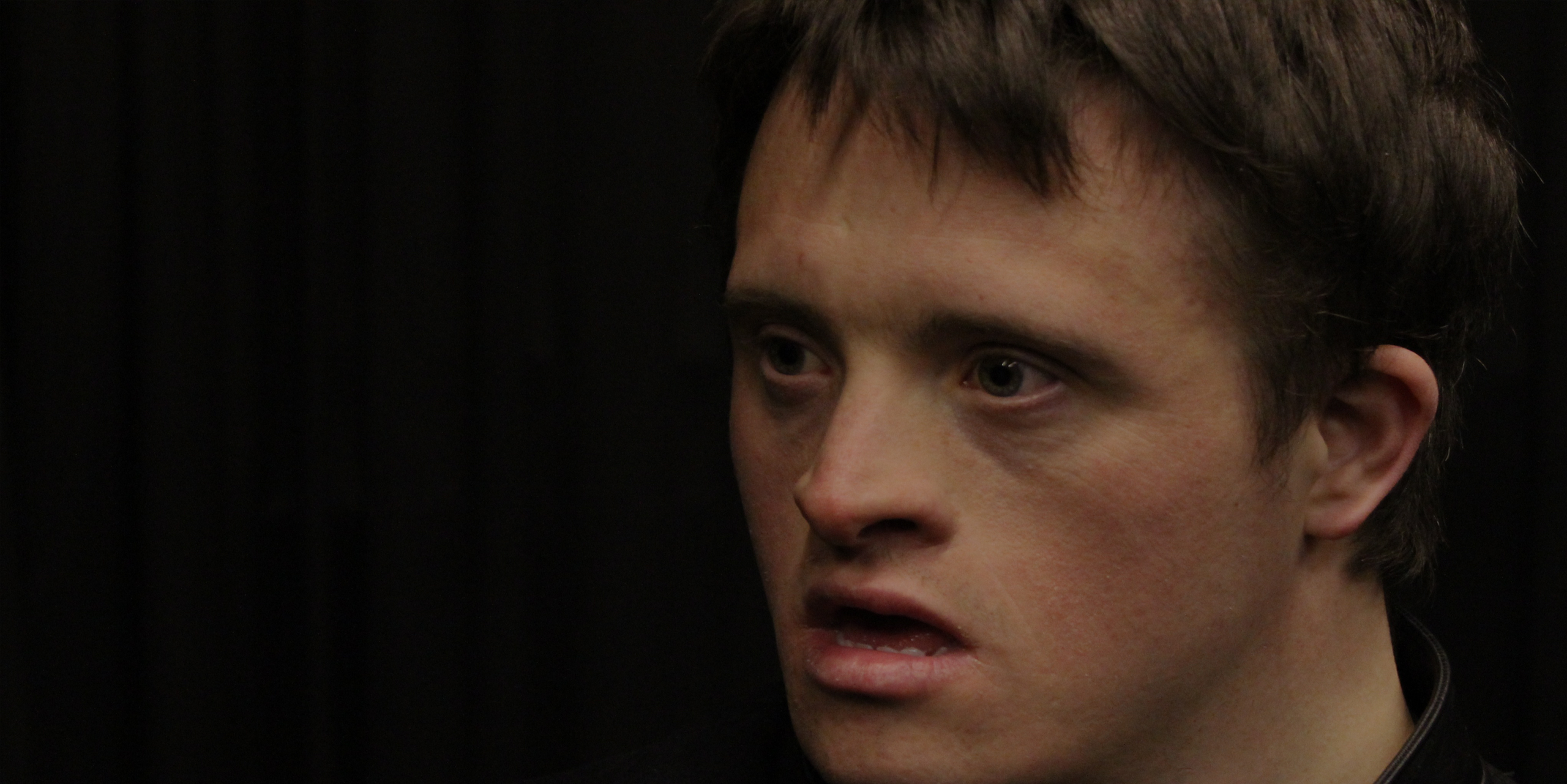 Tommy is a multi award-winning actor
who loves getting into character.

Jessop handles the intense close-ups and close-quarter sequences with ease whilst mounting an increasing intensity to his physical performance …resulting in a captivating atmosphere which is impossible to escape.’

‘The lifeblood of the film… his performance is considered, layered’

actor with down syndrome and so much more

Tommy is a multi award-winning actor who loves getting into character.

Tommy has played the lead in award-winning short films, cameo roles in feature films, and significant roles on television and radio and on stage.

Tommy is ‘really honoured to have been selected for the prestigious BAFTA ELEVATE programme.’

Tommy was the first professional actor with Down’s syndrome to play a leading role in a primetime TV drama, BBC1’s BAFTA nominated COMING DOWN THE MOUNTAIN and the first to play HAMLET (touring theatre).

Television roles also include LINE OF DUTY, CASUALTY, HOLBY CITY, MONROE, and DOCTORS. In short films his roles include playing a boxer, a thief and a fisherman He is hungry to portray more roles with a range of emotions including comedy. 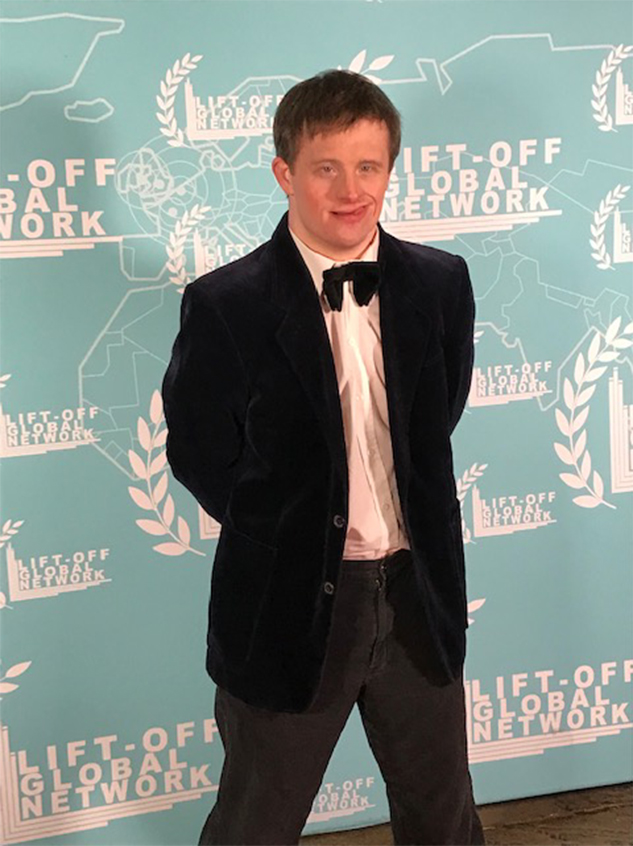 Tommy has won several BEST ACTOR AWARDS for FIGHTER and DOWN & OUT, received an HONOURABLE MENTION for his acting talent from the European Film Festival Koszalin, Poland for INNOCENCE. Fighter won BEST FILM at Film London and was SHORT OF THE WEEK at the BFI London Film Festival.

These short films, in which Tommy plays lead roles, have been shown in festivals in the UK, Europe, and the US and won significant awards. 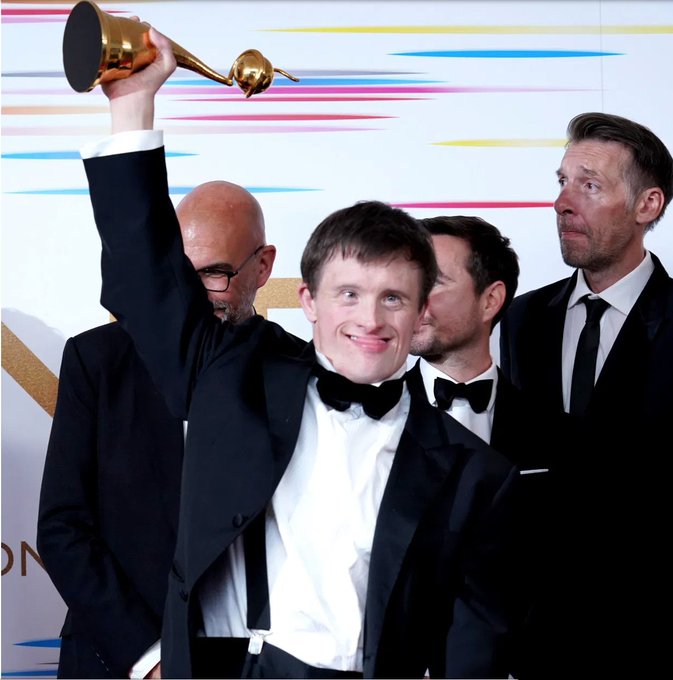 The best night in my entire acting lifetime. 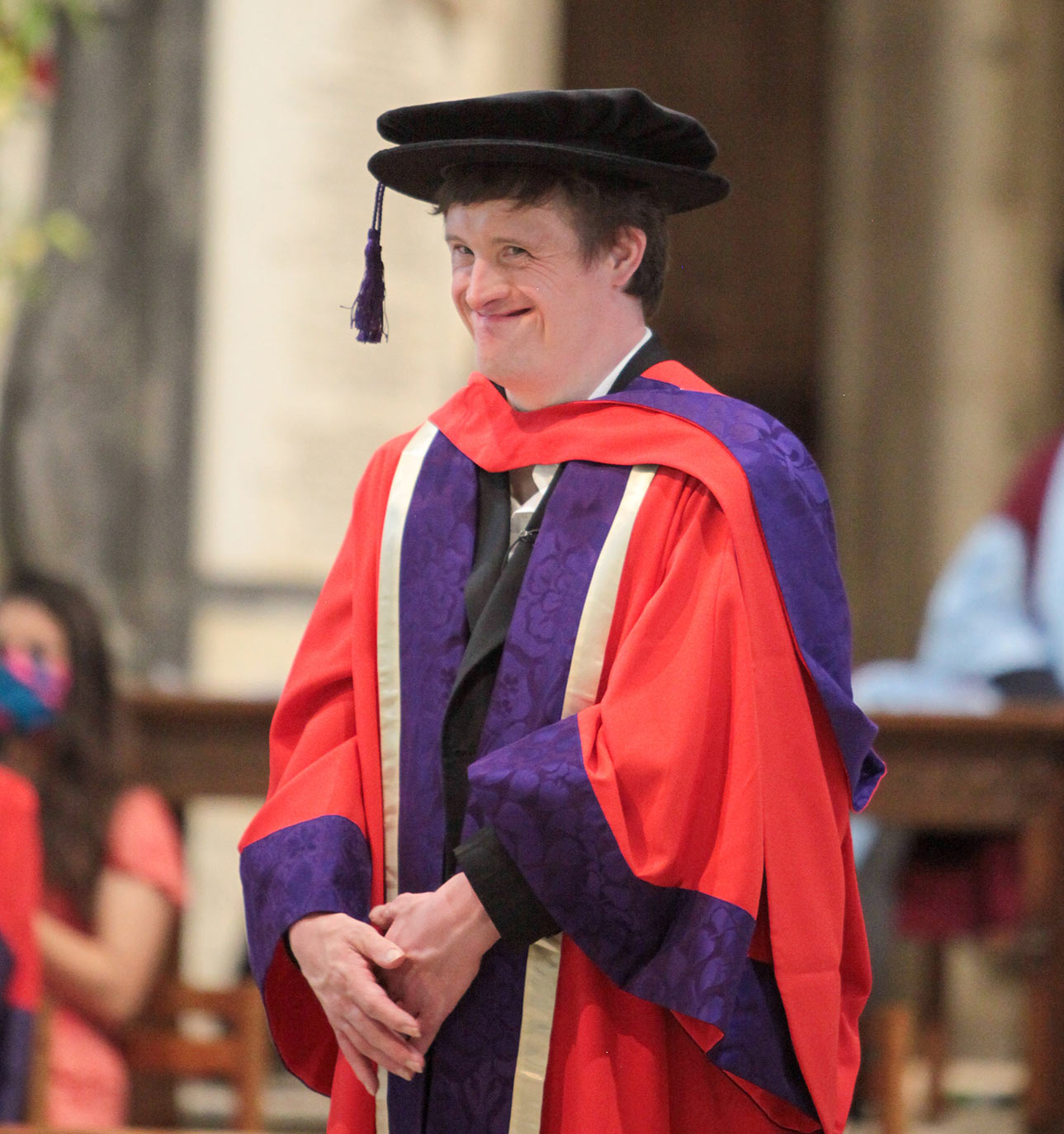 It truly was an honour and a proud moment in my career so far to become Doctor of Arts (honoris causa). Thank you University of Winchester. 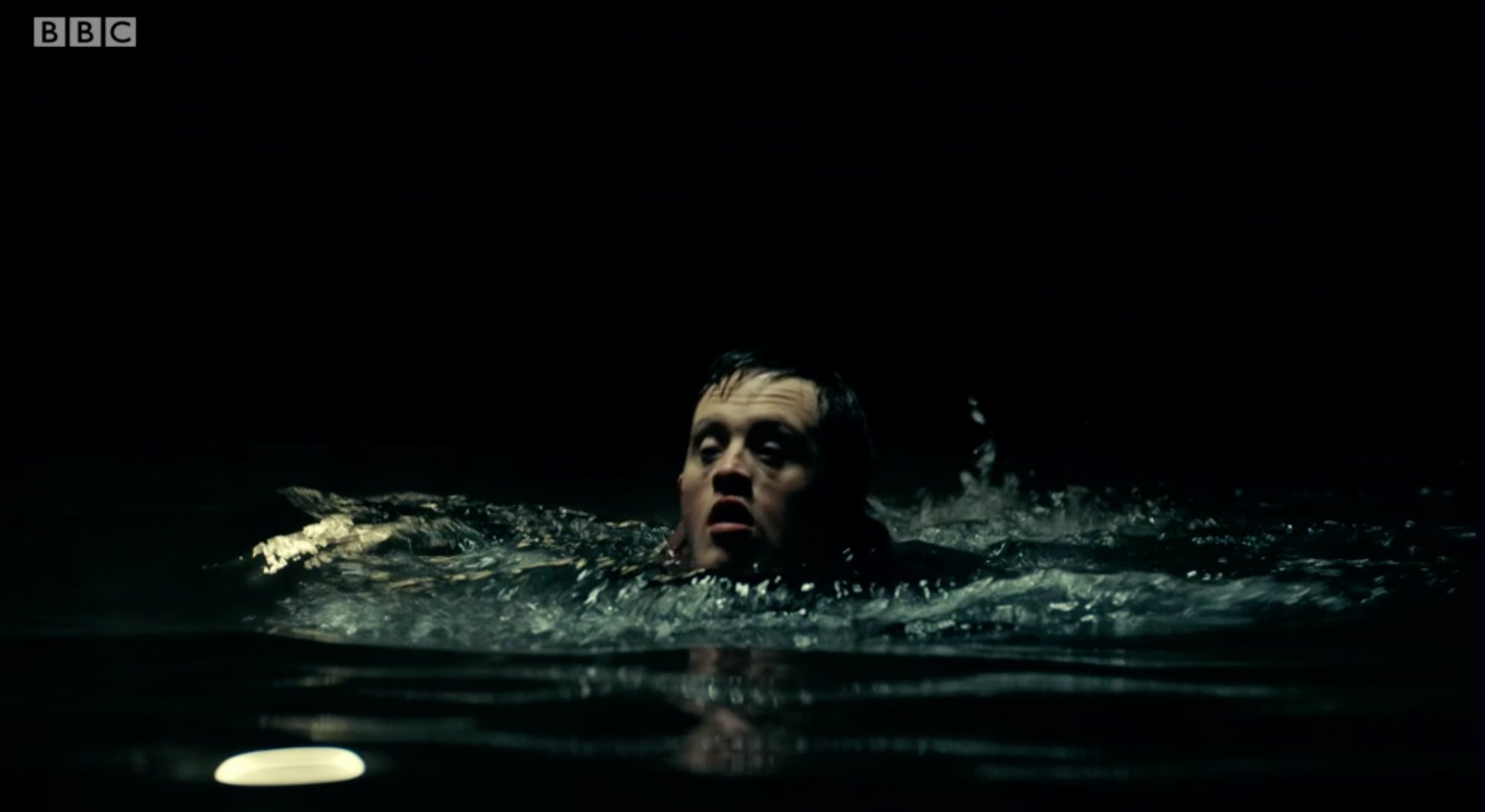 Thanks Jed Mercurio for a great role in Line of Duty series 6. I like making viewers feel their emotions in the infamous interview scenes. The dramatic scenes are exciting like being in a James Bond movie. It was wicked filming with Vicky McClure, Kelly Macdonald, Gregory Piper. Perry Fitzpatrick and the whole cast & crew were amazing. 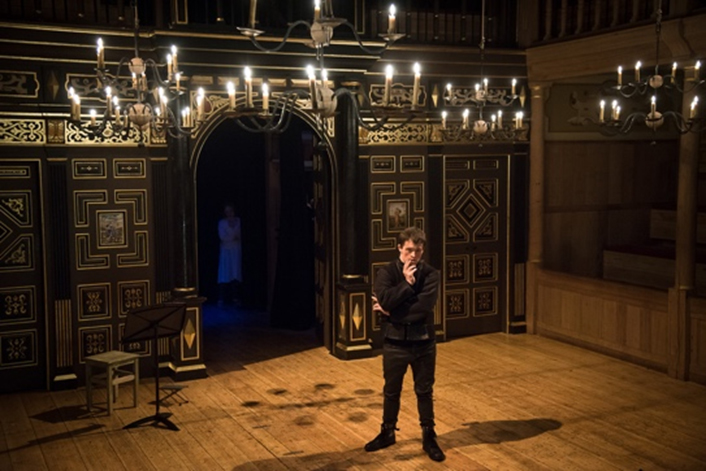 We performed Hamlet to over 3,000 people in all.

Just back from hunting with the Bushmen in Namibia.

They use poison arrows.
It was a brilliant adventure, although we didn’t catch anything!

‘We are such stuff as dreams are made of’

Great line!
Performing at Theatre Royal Winchester
I had to grow my hair long as Prospero has lived for many years on a desert island.

I’ve met many brilliant directors, writers, producers and casting directors through BAFTA Elevate and learnt so much. 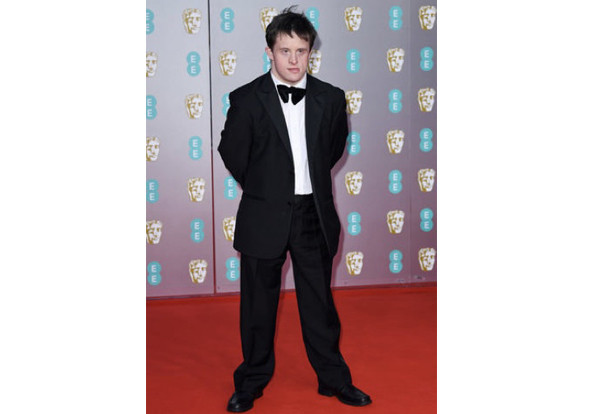 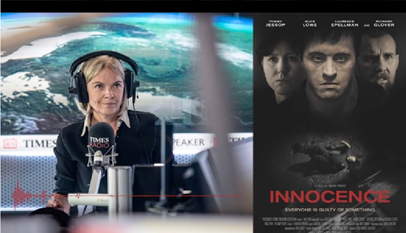 Talking about our film Innocence with Mariella Frostrup on Times Radio

I do like playing someone with powerful emotions. My character takes control, he thinks things out, plans carefully…… 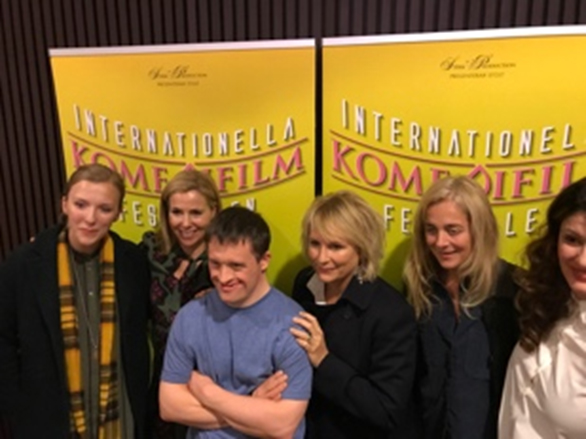 It was brilliant being on a panel with Sally Phillips and meeting these people, Jennifer Saunders, Beattie Edmonson and Nisti Sterk. 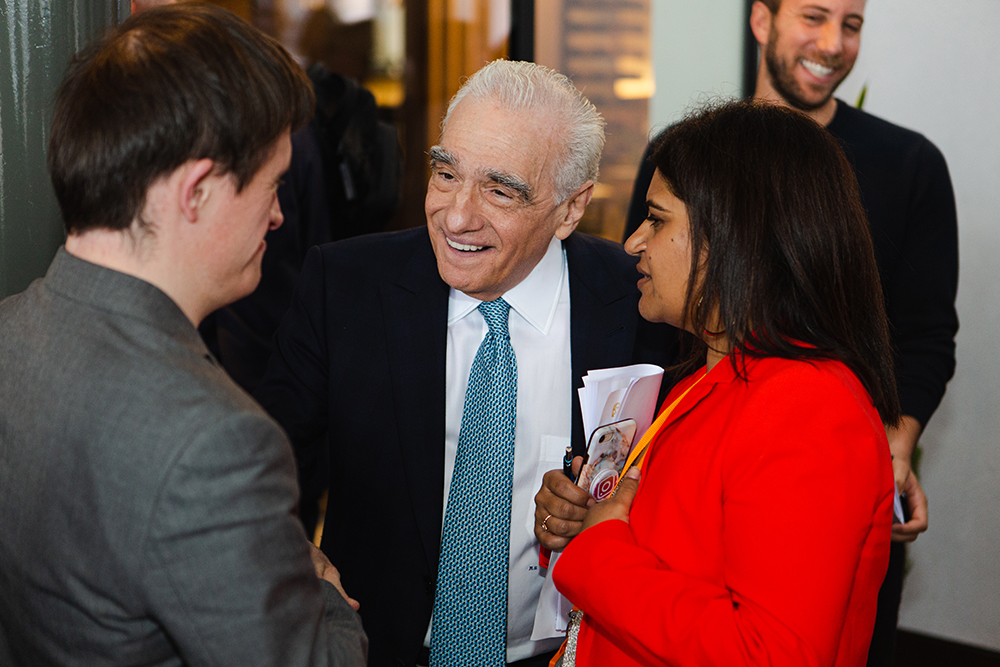 It was brilliant meeting this great director, Martin Scorsese, after his David Lean lecture at Covent Garden. 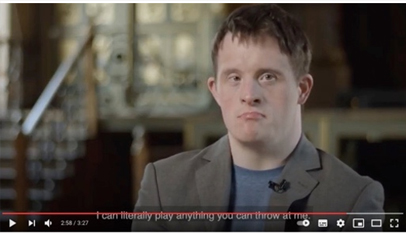 Innocence has been accepted for 23 Film Festivals and won 7 awards.

Here Ben Reid (Director) and I are discussing Down syndrome representation in film. Here is some of what I said: “Acting truly is a great passion in my life.